(York, PA) – Star Gibbs, Talent Programs Manager at The Hershey Company was named to the Board of Directors of the Manufacturers’ Association at the September 28th Board Meeting. Michelle Finch, Sr. Director Workforce Development of Wolfgang Confectioners, York, PA was elected to a second three-year term. The Association, founded in 1906, is the manufacturing industry’s trade group for hundreds of member & non-member organizations in central PA and northern MD.

Star Gibbs, a MSc graduate of Troy University, Postgraduate from the University of London, & BA graduate of University of Delaware, started at The Hershey Company as a Production Supervisor in 2013. He transitioned to various Hershey Supply Chain roles, including a Sr. Sourcing Specialist and then Sr. Business Development Specialist. In late 2020, Mr. Gibbs was promoted to Talent Programs Manager and continues to serve in this role. Mr. Gibbs has worked closely with the Association in the past including a recent Pre-Apprenticeship program at the Milton Hershey School in partnership with The Hershey Company. The Hershey Company, started by Milton Hershey in 1894, commonly known as Hershey’s, is an American Fortune 400 company and one of the largest snacking and confectionery manufacturer in the world. The Hershey company, headquartered in Dauphin County, employs more than 18,000 employees globally.

Michelle Finch, now serving her second term on the Board, is a graduate from Pennsylvania State University with B.S. degrees concentrating on chemical engineering and food science. Her first term the Association has greatly expanded trades training and relocated to a new 12,000 square foot training facility termed the Center of Excellence for Apprenticeship and Training. Currently with Wolfgang Confectioners as the Senior Director of Workforce Development, Finch has decades of experience in the food manufacturing sector including past roles as Operations Manager at Turkey Hill Dairy in 2015, Industrial Products Value Stream Manager for Mars Chocolate North America and was with Frito-Lay, Inc.’s York operation for 15 years in several managerial roles. Michelle is also a founding member and Co-Chair of the Women in Manufacturing Central PA Chapter. Wolfgang Confectioners was founded in 1921 and employers 400 in its new Loganville facility and its R&D center in downtown York. Wolfgang was awarded the Manufacturer of the Year award in 2021 by the Manufacturers’ Association.

Both begin their new board roles at the next board of directors meeting in late November. 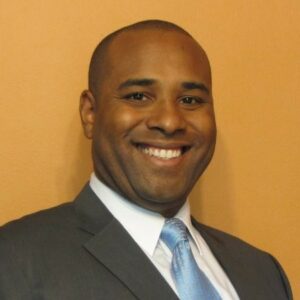 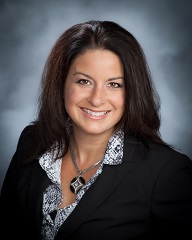